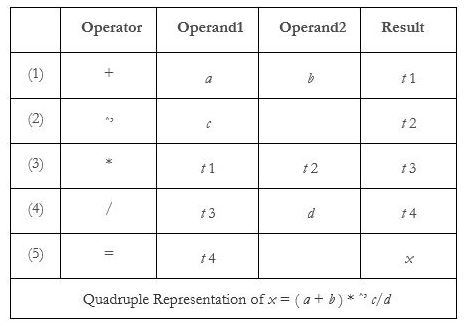 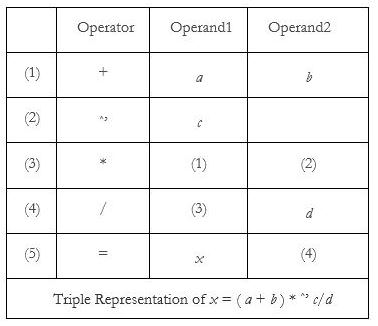 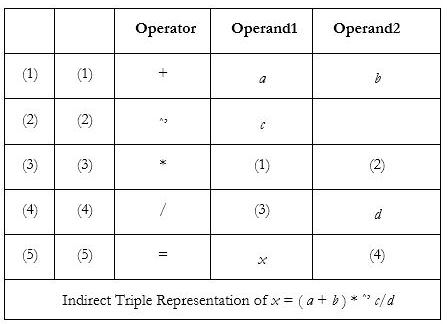 Comparison
By using quadruples, we can move a statement that computes A without requiring any changes in the statements using A, because the result field is explicit.
However, in a triple representation, if we want to move a statement that defines a temporary value, then we must change all of the pointers in the operand1 and operand2 fields of the records in which this temporary value is used.
Thus, quadruple representation is easier to work with when using an optimizing compiler, which entails a lot of code movement.
Indirect triple representation presents no such problems, because a separate list of pointers to the triple structure is maintained.
When statements are moved, this list is reordered, and no change in the triple structure is necessary; hence, the utility of indirect triples is almost the same as that of quadruples.
Answerd on:2018-06-06 Answerd By:aksingh1818

What is DML Compiler? Database-Management-System
1 Answer