NEW JOINEES WILL RECIVE CRYPTO WORTH OF RS 5000/-.

The Eduladder is a community of students, teachers, and programmers just interested to make you pass any exams. So we help you to solve your academic and programming questions fast. In eduladder you can Ask,Answer,Listen,Earn and Download Questions and Question papers.Watch related videos of your favorite subject. Connect with students from different parts of the world. Apply or Post Jobs, Courses ,Internships and Volunteering opportunity. For FREE
See Our team
Wondering how we keep quality?
Got unsolved questions? Ask Questions
GATE GMAT CBSE NCERT Career Interview Railway UPSC NID NIFT-UG NIFT-PG PHP AJAX JavaScript Node Js Shell Script Research
sexology-->THE-KAMA-SUTRA-OF-VATSYAYANA-Part-6

THE KAMA SUTRA OF VATSYAYANA Part-6

Salutation to Dharma, Artha, and Kama. 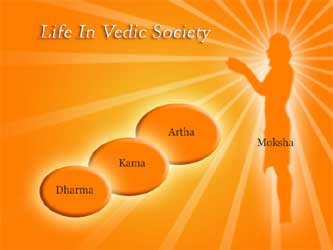 In the beginning, the Lord of Beings created men and women,
and in the form of commandments in one hundred thousand
chapters laid down rules for regulating their existence with
regard to Dharma,* Artha, f and Kama.t Some of these
commandments, namely those which treated of Dharma,
were separately written by Swayambhu Manu; those that
related to Artha were compiled by Brihaspati; and those that
referred to Kama were expounded by Nandi, the follower
of Mahadeva, in one thousand chapters.
Now these "Kama Sutra" (Aphorisms on Love), written
by Nundi in one thousand chapters, were reproduced by
Shvetaketu, the son of Uddvalaka, in an abbreviated form in
five hundred chapters, and this work was again similarly reproduced
in an abridged form, in one hundred and fifty
chapters, by Babhravya, an inheritant of the Punchala
(South of Delhi) country. These one hundred and fifty
chapters were then put together under seven heads or parts
named severally—
I St. Sadharana (general topics) .
2nd. Samprayogika (embraces, etc.).
3rd. Kanya Samprayuktaka (union of males and females) .
4th. Bhatyadhikarika (on one's own wife) .
5th. Paradarika (on the wives of other people).
6th. Vaisika (on courtezans) .
7th. Aupamishadika (on the arts of seduction, tonic medicines,
etc.) .
The sixth part of this last work was separately expounded
by Dattaka at the request of the public women of Pataliputra
(Patna) , and in the same way Charayana explained the first
part of it. The remaining parts, viz., the second, third,
fourth, fifth, and seventh were each separately expounded
by:—
Suvarnanabha (second part) .
Ghotakamukha (third part) .
Gonatdiya (fourth part).
Gonikaputra (fifth part) .
Kuchumara (seventh part) , respectively.
Thus the work being written in part by different authors
was almost unobtainable, and as the parts which were expounded
by Dattaka and the others treated only of the
particular branches of the subject to which each part related,
and moreover as the original work of Babhravya was difficult
to be mastered on account of its length, Vatsyayana,
therefore, composed this work in a small volume as an
abstract of the whole of the works of the above-named
authors.