6.1 Informal design guidelines for relation schemas
The four informal measures of quality for relation schema
 Semantics of the attributes
 Reducing the redundant values in tuples
 Reducing the null values in tuples
 Disallowing the possibility of generating spurious tuples
6.1.1 Semantics of relations attributes
Specifies how to interpret the attributes values stored in a tuple of the relation. In other words,
how the attribute value in a tuple relate to one another.
Guideline 1: Design a relation schema so that it is easy to explain its meaning. Do not combine
attributes from multiple entity types and relationship types into a single relation.
Reducing redundant values in tuples. Save storage space and avoid update anomalies.
 Insertion anomalies.
 Deletion anomalies.
Insertion Anomalies
To insert a new employee tuple into EMP_DEPT, we must include either the attribute values for
that department that the employee works for, or nulls.
It's difficult to insert a new department that has no employee as yet in the EMP_DEPT relation.
The only way to do this is to place null values in the attributes for employee. This causes a
problem because SSN is the primary key of EMP_DEPT, and each tuple is supposed to represent
an employee entity - not a department entity.
Deletion Anomalies
If we delete from EMP_DEPT an employee tuple that happens to represent the last employee
working for a particular department, the information concerning that department is lost from the
database.
Modification Anomalies
In EMP_DEPT, if we change the value of one of the attributes of a particular department- say the
manager of department 5- we must update the tuples of all employees who work in that
department.
Guideline 2: Design the base relation schemas so that no insertion, deletion, or modification
anomalies occur. Reducing the null values in tuples. e.g., if 10% of employees have offices, it is
better to have a separate relation, EMP_OFFICE, rather than an attribute OFFICE_NUMBER in
EMPLOYEE
Guideline 3: Avoid placing attributes in a base relation whose values are mostly null.
Disallowing spurious tuples.
Spurious tuples - tuples that are not in the original relation but generated by natural join of
decomposed subrelations.
Example: decompose EMP_PROJ into EMP_LOCS and EMP_PROJ1.
Guideline 4: Design relation schemas so that they can be naturally JOINed on primary keys or foreign keys in a way that guarantees no spurious tuples are generated.
6.2 A functional dependency (FD) is a constraint between two sets of attributes from the
database. It is denoted by
X Y
We say that "Y is functionally dependent on X". Also, X is called the left-hand side of the FD.
Y is called the right-hand side of the FD.
A functional dependency is a property of the semantics or meaning of the attributes, i.e., a
property of the relation schema. They must hold on all relation states (extensions) of R. Relation
extensions r(R). A FD X Y is a full functional dependency if removal of any attribute from X
means that the dependency does not hold any more; otherwise, it is a partial functional
dependency.
Examples:
1. SSN ENAME
2. PNUMBER {PNAME, PLOCATION}
3. {SSN, PNUMBER} HOURS
FD is property of the relation schema R, not of a particular relation state/instance
Let R be a relation schema, where X R and Y R
t1, t2 r, t1[X] = t2[X] t1[Y] = t2[Y]
The FD X Y holds on R if and only if for all possible relations r(R), whenever two tuples of r
agree on the attributes of X, they also agree on the attributes of Y.
 the single arrow denotes "functional dependency"
 X Y can also be read as "X determines Y"
 the double arrow denotes "logical implication"
6.2.1 Inference Rules
IR1. Reflexivity e.g. X X
 a formal statement of trivial dependencies; useful for derivations
IR2. Augmentation e.g. X Y XZ Y
 if a dependency holds, then we can freely expand its left hand side
IR3. Transitivity e.g. X Y, Y Z X Z
 the "most powerful" inference rule; useful in multi-step derivations
Armstrong inference rules are
sound
meaning that given a set of functional dependencies F specified on a relation schema R,
any dependency that we can infer from F by using IR1 through IR3 holds every relation
state r of R that specifies the dependencies in F. In other words, rules can be used to
derive precisely the closure or no additional FD can be derived.
complete
meaning that using IR1 through IR3 repeatedly to infer dependencies until no more
dependencies can be inferred results in the complete set of all possible dependencies that
can be inferred from F. In other words, given a set of FDs, all implied FDs can be derived
using these 3 rules.
Closure of a Set of Functional Dependencies
Given a set X of FDs in relation R, the set of all FDs that are implied by X is called the
closure of X, and is denoted X+
.
Algorithms for determining X+
X
+
:= X;
repeat
oldX+ := X+
for each FD Y Z in F do
if Y  X
+
then X+
:= X+  Z;
until oldX+ = X+
;
Example:
A BC
E CF
B E
CD EF
Compute {A, B}+
of the set of attributes under this set of FDs.
Solution:
Step1: {A, B}+
:= {A, B}.
Go round the inner loop 4 time, once for each of the given FDs.
On the first iteration, for A BC
A {A, B}+
{A, B}+
:= {A, B, C}.
Step2: On the second iteration, for E CF,  {A, B, C}
Step3 :On the third iteration, for B E
B {A, B,C}+
{A, B}+
:= {A, B, C, E}.
Step4: On the fourth iteration, for CD EF remains unchanged
Go round the inner loop 4 times again. On the first iteration result does not change; on the
second it expands to {A,B,C,E,F}; On the third and forth it does not change.
Now go round the inner loop 4 times. Closure does not change and so the whole process
terminates, with
{A,B}+ = {A,B,C,E,F}
Example.
F = { SSN ENAME, PNUMBER {PNAME, PLOCATION}, {SSN,PNUMBER}
HOURS }
{SSN}+ = {SSN, ENAME}
{PNUMBER}+ = ?
{SSN,PNUMBER}+ = ? 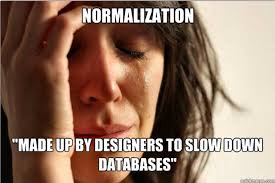